How do you remember the men and women who died while serving in the US armed forces? What are you doing to help your children and grandchildren understand what Memorial Day means?

I have also had relatives who served, or who are presently serving, in America’s armed forces. A great uncle – wounded in World War II – though bound to a wheelchair, he always had the biggest smile and one of the heartiest laughs you’ve ever heard. My mom’s oldest brother served in the Air Force for a number of years during and after the Vietnam War. And now, my brother’s son is serving in the Air Force.

I have been blessed that none of my loved ones have lost their lives while serving our country, but because of each of them I do have a greater appreciation and respect for those who serve our country. I have a deeper appreciation for those who have died so that we may be free. Truly, each man and woman who has given their life in service to our country is a hero and should be honored as such.

Is Memorial Day losing its meaning? Not for me. And it’s up to each of us to make sure that it doesn’t lose its meaning for our children and others around us. Display the flag. And if you display the flag on a pole, display it at half-staff until noon on Memorial Day and then raise it all the way up for the remainder of the day. The National Moment of Remembrance was signed into law in December 2000 and it encourages all Americans to pause wherever they are at 3 PM local time, for a few moments of silence to remember and honor those who have died in service to our nation.

As time takes us further away from events that have a profound impact on our lives, they tend to be diminished unless we make an effort to remember the impact that it had on us and on those around us. 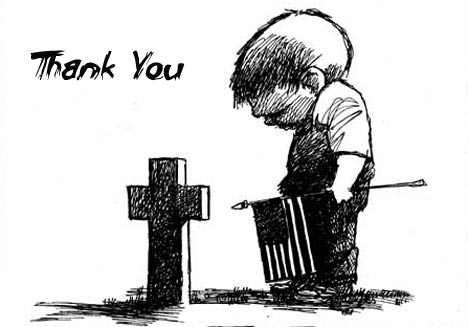